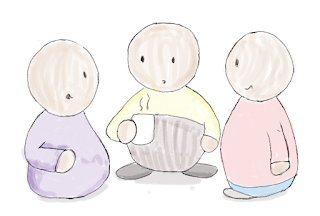 "Respect people" is a humanism. It is kin to the view of Immanuel Kant that people should never be regarded as instruments for something else. People are intrinsically valuable. But even if we were to view people as mere tools or machines, it would still be better to "operate us" within our human boundaries. When renting an expensive piece of equipment, you would treat it according to its design, wouldn't you?

Overburdening a part of a system, making it work harder than it is designed for, creates huge losses at the system level. Overburden creates unreliable performance, variation, and variation causes overburden in other parts of the system. When creating smooth flows, variation is something one has to look out for. And that is why reducing variation always have been an important goal in all lean production. Reducing tolerance intervals for variation when creating nuts and bolts will definitely improve both the nuts and bolts and the quality of the constructions where they are parts.

But people are people. If we try to reduce some of the variations that are inherent in us, we will get hurt. On an individual level, we probably can change some. I can learn new skills and behaviours, but that will only take us so far. There are some things that I can't learn or quit to do. This becomes even more evindent on a systemic level where we need to consider the aggregated behaviour of many individuals. Attempts to reduce variation that has its cause deep down in human construction will backfire.

Here is where many "lean consultants" make a mistake. They might have learned the tools of lean in a factory setting, forgot about the management philosophy that is behind the tools, and started to apply the lean production ways of working in a place where things aren't produced but people are supposed to be served. Such as in a hospital. Not realizing that the nuts and bolts here actually have feelings and should be respected, they often create a lot of suffering in the process, and the outcome always becomes more variation (and overburden). Not less.

One can translate "respect people" into: "the variation that is due to our inherent human constitution shouldn't be eliminated, but handled". The very purpose of a service setting is to tend to people's varying needs. It is not lean to standardize the length of a doctor's appointment when there is a need for different lengths. Do kaizen so that you figure out how that will be possible instead. It is not lean to optimize the workflow from the perspective of the oh so expensive laboratory, if that means aiming for 100% utilization and having patients queing. Aim for optimizing the experience of the patient instead. The patient is there to be served. The purpose of the hospital is not to serve the laboratory equipment.

That said, it is also a mistake to tend to the needs of only one group of people. In a service setting there are people serving people, and "respect people" goes for all of them. All systems where people are a part will backfire if we don't look after every person. You cannot substitute the empirical knowledge of how people actually work with ideas on how they ought to behave. Respect people is about respecting that human variation just IS and that we need to handle that fact. Respect people is about respecting ALL people!